On May 31, 2019, Illinois lawmakers voted to officially legalize recreational cannabis in the state. The move makes Illinois the eleventh U.S. state to have legalized recreational marijuana for adult-use. Illinois Governor J.B. Pritzker took office in January 2019, after winning the election on a pro-legalization stance and making the issue a key campaign promise. The bill awaits a final signature from the governor, which is expected shortly.

The recreational cannabis law goes into effect on January 1, 2020 and the extra tax revenues couldn’t come sooner for the cash-strapped state. Illinois has the worst credit rating of any single U.S. state, with one notch above junk status. Furthermore, the state has around $7 billion in unpaid bills and state pensions are said to be short $134 billion.

The governor’s budget for the fiscal year beginning July 1st includes an estimate of $170 million in revenues from the sale of cannabis producer licenses alone. The recreational law calls for the state’s 55 medical dispensaries to have the ability to apply for adult-use sales. Furthermore, dispensaries also have the ability to apply for opening a second location. State government officials estimate that more than 100 recreational cannabis dispensaries could be live by the start of 2020. With the dispensary scramble beginning, here are three publicly-traded cannabis companies with a strong presence in Illinois:

The Chicago-based company is among the top U.S. multi-state operators (MSO) today. The company naturally already has a footprint in its home-state of Illinois, but the recreational legalization will open up more opportunities to continue expanding. Overall, Cresco Labs operates across eleven states, with twenty-three production facilities, fifty-six retail licenses and twenty-two owned dispensaries. 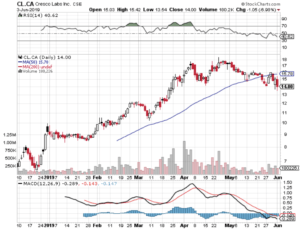 Founded in 2014, Green Thumb Industries is also based out of Chicago and is one of Cresco Labs’ main competitors in the Illinois cannabis market. GTI currently operates across twelve states with thirteen facilities, eighty-eight retail licenses, and seventy-one retail locations. The cannabis company operates four cannabis stores in Illinois, as of May 2019. GTI also has two cultivation centers located in Ogelsby and Rock Island. The both facilities have production capacity of 46,000 square feet, giving the company 92,000 total square feet of cultivation space in the state.

Outside of Illinois, Green Thumb Industries has been extremely busy with expanding into five new markets with six new production facilities and sixty-seven retail locations. The expansion efforts have been primarily focused on Florida, Nevada, Massachusetts, Connecticut, Pennsylvania, Ohio, and New Jersey. 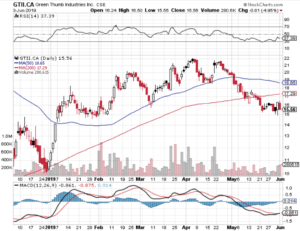 MedMen is primarily focused on California, Nevada, New York and Florida. However, the company does have operations across twelve states, including Illinois. Most of the company’s Illinois exposure comes from its relatively recent acquisition of PharmaCann, which holds six licenses (four retail and two cultivation). PharmaCann’s northern Illinois exposure serves roughly 80% of the Chicagoland area market.

The California-based cannabis company has been the subject of increasing controversy over management pay, slumping stock price, and massive losses. On May 31st, MedMen reported fiscal third quarter 2019 earnings, which showed revenues of $36.6 million and a net loss of $63.1 million. 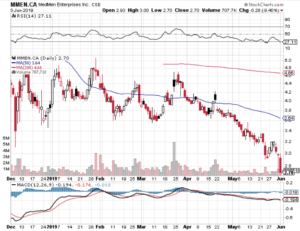 Illinois made history as the eleventh U.S. state to legalize recreational cannabis (second by legislative action). The state hopes legalization will help raise additional tax revenues to help pay bills and improve the overall fiscal situation faced by Illinois. Cresco Labs and Green Thumb Industries, both based out of Chicago, are two heavy-weight public cannabis companies operating in the state and will likely see its competitive rivalry heat up as new opportunities become available from legalization. MedMen’s Illinois exposure is almost all from its PharmaCann acquisition, which only operates in the northern part of the state. In the end, the legalization boom continues to make strides as another state embraces the changing times in the world of cannabis.