What do you think of when you hear legal marijuana? Do you envision people being high and lazy? Well, how about economic expansion? Yes, legal recreational marijuana, which is formally known as cannabis, is a large business.

Think about it…there’s a reason why 62% of Americans support legalization. Also, many states are turning this once demonized drug into a revenue source.

In the past, cannabis was a forbidden topic that received heavy scrutiny from the public and government officials. Fortunately, society has realized the inaccuracy of this and has seen the benefits of cannabis. Some economic benefits of legal marijuana include improved prison systems, increased tourism, higher tax revenues and the rise of small businesses.

Currently, marijuana is a schedule 1 drug, which puts it on par with heroin and cocaine. This is extreme as both cocaine and heroin kill thousands of people each year. However, nobody has died from a marijuana overdose. Cannabis’s high-class rating has put many undeserving people behind bars.

For example, California has a three strikes rule, which enforces mandatory prison sentences for repeat offenders. People that were caught with substantial quantities of cannabis several times were forced to be put away for years. Not only does this destroy lives, but it wastes money.

It costs more than $31,000 to feed and house a prisoner for a year within the USA. This cost is being funded by one group… the taxpayer. Yes, taxpayers are paying large amounts of money to incarcerate prisoners that shouldn’t be there. Also, this amount doesn’t reflect hidden costs like legal fees, lost wages, gas bills, and more.

Legal marijuana would greatly reduce the number of prisoners in our system and save the taxpayers tons of money. These prisoners could also get treatment and other assistance to help them integrate into society. By doing this, they could positively contribute to society by starting businesses, getting jobs and more. This is a much better scenario than rotting away in prison and wasting taxpayer dollars.

Colorado and Washington were the first states to legalize cannabis back in 2012. Since then, tourism has greatly increased to these states. Colorado has a great reputation among marijuana users and has many festivals to attract them. In fact, ColoradoPotguide.com provides readers with resources to enjoy many cannabis lounges, dispensaries, and festivals. 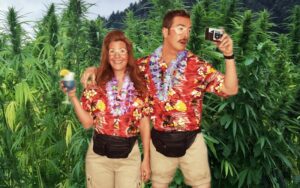 Another popular marijuana activity is the trendy cannabis art class. As implied, students pay a fee to try different types of marijuana while painting works of art. This activity is quite popular and has spread to other states like California and Alaska. Legalized marijuana has provided new ways for local economies to gain revenue via paint and puff classes.

Since Colorado was the first state to legalize cannabis, it has a special 420 Mile High festival. The 420 festival is held annually on April 20th in Denver’s Civic Central Park. This festival is the largest free weed gathering on earth and features many musicians like Lil Wayne and Snoop Dog.

Besides having famous musicians perform, participants can enjoy yoga, meditation and fitness classes. Many companies from small weed dispensaries, vape pen shops to radio stations and everything in between, sponsor this event. This event brings the community together and attendance is generally in the tens of thousands.

It’s no secret that the USA and many states like California are deep in debt. Unfortunately, the USA owes a whopping $21 TRILLION and it’s growing by the minute. This situation is dire and legal marijuana could help governments gain additional income streams. 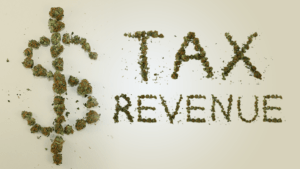 While marijuana legalization is relatively new in most states, places like Michigan are considering joining this trend. In fact, many states like California have seen increased tax revenues. Michigan projects it will impose a 10% excise tax on retailers with consumers paying a 6% sales tax on weed. Michigan would allocate these funds to schools, transportation, and other essential needs. This proves that legal marijuana can improve local economies.

Besides higher tax revenue, legal weed would also damage the profits of the infamous cartels. South of the border, cartels are becoming more powerful each day. Marijuana is a significant revenue stream to these cartels and legalization would help cut off this avenue. Therefore, legal cannabis would diminish the cartels’ power and help economies around the world. This new trend not only brings in higher tax revenue but helps reduce crime.

Another positive benefit of legal cannabis is the boom in entrepreneurship. Marijuana was once only sold by sketchy characters, like back-alley drug dealers and cartel members. However, many reputable business people are seizing this opportunity by creating dispensaries, edible shops, and smoke shops. In addition, some marijuana entrepreneurs offer its customers paint and puff classes, which were described above. 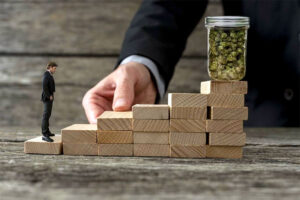 Having regulated marijuana allows entrepreneurs to start businesses and therefore create jobs. Some of these jobs include extractors, growers, salespeople, edible chefs, budtenders and more. While many of these jobs aren’t high-paying, it has increased the demand for highly-paid professionals like lawyers, accountants, and marketing directors.

Many marijuana businesses are growing rapidly and are even becoming public. These IPOs, or Initial Public Offerings, help these companies grow and allow common people to potentially profit from marijuana stocks. A once black market industry is becoming mainstream and a part of the common person’s portfolio.

Society’s perception of marijuana has greatly changed in recent times. We’ve come a long way from ridiculous, old movies like “Reefer Madness,” to many states legalizing it for recreational use. Legalizing marijuana has countless benefits, with almost two-thirds of Americans supporting it. Besides social benefits, legal cannabis has positively impacted many economies nationwide. Legalized marijuana clears our overcrowding prisons, increases tourism, brings in more tax revenue and encourages entrepreneurship.

What are some other financial benefits of legal cannabis? Please tell us below!