Aurora Cannabis, Inc. (NYSE: ACB) is one of the key global leaders within the medical and recreational cannabis industries. The Canadian cannabis giant has operations across 24 countries and five continents and “funded capacity in excess of 500,000kg per annum,” according to Aurora Cannabis. Shares of the cannabis giant rallied 13.94%, during trading on Wednesday, March 13, 2019. Over the past three months, Aurora Cannabis has seen average daily volume of 23.24 million shares. However, volume of 131.89 million shares or dollar volume of $1.2 billion, exchanged hands during trading on Wednesday. 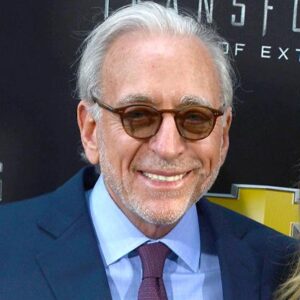 Shares of Aurora Cannabis rallied on Wednesday, after the company announced that it has named billionaire fund manager, Nelson Peltz, as a strategic advisor to the company. The company says that Mr. Peltz will work with Aurora to “explore potential partnerships” that would help the company continue to expand its global strategy. Mr. Peltz is also the CEO and founding partner of Trian Fund Management, L.P., a successful, multi-billion-dollar investment firm. In addition, Mr. Peltz also services on a variety of other boards of major public companies. Here is the full press release detailing of the major appointment:

EDMONTON and NEW YORK, March 13, 2019 /PRNewswire/ – Aurora Cannabis Inc. (“Aurora” or the “Company”) (ACB) (ACB) (Frankfurt: 21P; WKN: A1C4WM) today announced that it has appointed Nelson Peltz as a Strategic Advisor. Mr. Peltz and Aurora will work collaboratively and strategically to explore potential partnerships that would be the optimal strategic fit for successful entry into each of Aurora’s contemplated market segments. Mr. Peltz will also advise on the Company’s global expansion strategy.

“Nelson is a globally recognized business visionary with a strong track record of constructive engagement to generate accelerated, profitable growth and shareholder value across many industry verticals that are of great interest to us,” said Terry Booth, CEO. “Like us, Nelson also takes a long-term view of value creation to benefit all stakeholders. We look forward to working with Nelson to further extend our global cannabis industry leadership by aligning Aurora with each of the major market segments cannabis is set to impact.”

Mr. Peltz, added, “I believe Aurora has a solid execution track record, is strongly differentiated from its peers, has achieved integration throughout the value chain and is poised to go to the next level across a range of industry verticals. I also believe that Canadian licensed producers, and Aurora in particular, are well positioned to lead in the development of the international cannabis industry as regulations evolve, with a strong, globally replicable operating model. I look forward to working with Terry and the extended Aurora team to evaluate its many operational and strategic opportunities, including potential engagement with mature players in consumer and other market segments.”

Nelson Peltz is the Chief Executive Officer and a Founding Partner of Trian Fund Management, L.P., a multi-billion dollar investment management firm.  Mr. Peltz also currently serves as the non-executive Chairman of The Wendy’s Company and as a director of The Procter & Gamble Company, Sysco Corporation, and The Madison Square Garden Company.  He was previously a director of H. J. Heinz Company, Legg Mason, Inc., Ingersoll-Rand plc, and Mondelēz International, Inc., among other companies.  Mr. Peltz formerly served as Chairman and Chief Executive Officer of Triarc Companies, Inc. which during his tenure owned Arby’s Restaurant Group, Inc. and the Snapple Beverage Group, as well as other consumer and industrial businesses. Mr. Peltz was also Chairman and Chief Executive Officer of Triangle Industries, Inc., the largest packaging company in the world and a Fortune 100 industrial company, when that company was acquired by Pechiney, S.A., a leading international metals and packaging company. Mr. Peltz began his business career by joining his family’s food distribution business. Mr. Peltz’s advisory services to Aurora will be provided through 280 Park ACI Holdings, LLC.

In consideration for the Services to be provided by the Senior Advisor, the Company has granted options (the “Options”) to the Senior Advisor to purchase 19,961,754 common shares in the Company at a price CAD$10.34 per share. The Options will vest ratably over a four year period on a quarterly basis, subject to accelerated vesting based on the occurrence of certain specified events, which include the consummation of certain defined transactions, and the closing price of Aurora’s common shares being at least CAD$31.02 and additionally CAD$41.36 for a specified number of trading days. The Senior Advisor may exercise any portion of the Option that has vested on or prior to the seventh anniversary of the date of grant.

The Company has granted the Senior Advisor registration rights relating to the common shares to be acquired through the exercise of the Options.

Headquartered in Edmonton, Alberta, Canada with funded capacity in excess of 500,000 kg per annum and sales and operations in 24 countries across five continents, Aurora is one of the world’s largest and leading cannabis companies. Aurora is vertically integrated and horizontally diversified across every key segment of the value chain, from facility engineering and design to cannabis breeding and genetics research, cannabis and hemp production, derivatives, high value-add product development, home cultivation, wholesale and retail distribution.

Highly differentiated from its peers, Aurora has established a uniquely advanced, consistent and efficient production strategy, based on purpose-built facilities that integrate leading-edge technologies across all processes, defined by extensive automation and customization, resulting in the massive scale production of high quality product at low cost. Intended to be replicable and scalable globally, our production facilities are designed to produce cannabis of significant scale, with high quality, industry-leading yields, and low per gram production costs. Each of Aurora’s facilities is built to meet EU GMP standards, and its first production facility, the recently acquired MedReleaf Markham facility, and its wholly owned European medical cannabis distributor Aurora Deutschland have achieved this level of certification.

Aurora’s Common Shares trade on the TSX and NYSE under the symbol “ACB”, and are a constituent of the S&P/TSX Composite Index.

Neither the TSX, NYSE nor their Regulation Services Provider (as that term is defined in the policies of the TSX and NYSE) accepts responsibility for the adequacy or accuracy of this release.