A technology startup company based out of Chicago just launched a smartphone app that is available on Google Play and the Apple Store.  The app is being compared to the Starbucks app.  CannaTrac is slated to change and revolutionize the cannabis retail experience with the introduction of their app CannaCard®.  Similar to the Starbucks app, cannabis consumers can make purchases on this secured platform which is designed to provide ease and convenience. 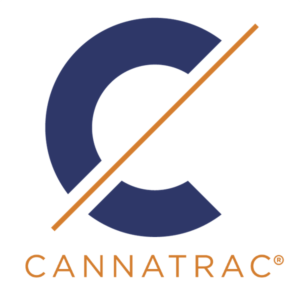 CannaTrac is currently running a lean operation with three full time employees according to the company’s CEO Tom Gavin.  The company’s revenue is generated through a hybrid of customer and dispensary fees.  Gavin explained that CannaCard® “derives revenue by charging consumers a 95 cent fee each time they load their cards and keeps 2.45 percent plus 50 cents of each transaction from the dispensaries.”

According to a statement released by the company CannaCard®, “allows users to easily upload funds through the app with their checking account, debit card, credit card, and/or cash in person at partnered dispensaries or retailer loading stations. The app also allows the consumer to “Shop” dispensary specific menus and conveniently “Pay” from their mobile phone.”

Doubles as a Marketing Tool

In addition to making transactions easier for customers and dispensaries, CannaCard® will start providing a marketing tool for dispensaries.  The company announced that “consumers will be able to “Earn Rewards” for loyalty to specific dispensaries.” 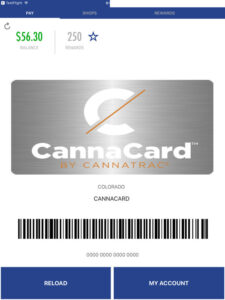 Offering customers rewards is a technique that a lot of businesses use including Starbucks. Rewards programs allow businesses to engage consumers and encourage them to make purchases.  These programs are also very effective customer retention tools.  In fact, they help businesses collect data which offers an understanding of consumer habits and buying patterns.  This allows the business to effectively communicate with the customer.

The app is designed to help cannabis businesses curb the number of cash transactions, which can create a number of issues which includes money laundering. CannaTrac CEO Tom Gavin said “the whole goal is to take cash out of the [cannabis] industry and offer transparency.” Gavin also mentioned that CannaTrac will be able to help with a major concern for the cash-heavy industry-safety. He explained, “with all the cash in the system, there’s not only issues with transparency and obviously money laundering, but there’s also safety issues any time you have that much cash on hand.”

When the Colorado cannabis market first began operations dispensaries became targets for gangs in the Denver area.  Potential robbers would target dispensaries because they were more was more cash on hand than convenience stores.  Mitch Morrissey the former District Attorney for Denver explained that criminals would choose to rob dispensaries because their mindset is “you hit a 7-Eleven, you’ll get 20 bucks. You hit a dispensary, you’ll get $300,000 on a good day.”  The issue of safety is very serious for the cannabis industry.  A California man was recently convicted of murdering a dispensary owner while robbing the dispensary.