The week of 4/20 has been a crazy one for the emerging cannabis industry, which saw the first announced cross-border corporate cannabis acquisition…well sort of. After the close on April 17, 2019, major financial news outlets, like CNBC, began to talk of an impending deal where Canadian cannabis giant, Canopy Growth Corporation (NYSE: CGC) (TSX: WEED) was said to be nearing an agreement to acquire U.S.-based multi-state operator (MSO), Acreage Holdings, Inc. (OTCQX: ACRGF) (CSE: ACRG.U).

Shortly after the rumor announcement, the investment community erupted into euphoria. However, there was a major piece of the story that was not initially reported on by the news outlets, which led to the confusion amongst investors. Being that the U.S. federal government continues to hold cannabis as an illegal Schedule 1 drug, the deal is not possible until prohibition is lifted. Thus, Canopy Growth was actually acquiring the right to acquire 100% of Acreage Holdings upon federal legalization in the United States for $3.4 billion and will pay an initial up-front payment of $300 million to Acreage shareholders for the privilege.

Canopy Growth’s $3.4 billion deal comes at a 41.70% premium to Acreage’s 30-day volume weighted share price, but this could end up being a major bargain deal for Canopy. Ultimately, to determine whether or not this acquisition is a good deal depends on the U.S. government’s timeline to lift cannabis prohibition. 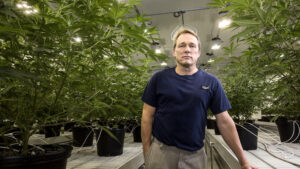 If by some unlikely miracle the U.S. lifts prohibition this year or next year, Acreage would likely see more benefit in the deal because of the premium that was paid by Canopy. However, if U.S. continues on its current, stubborn path of cannabis prohibition over the intermediate-to-longer-term, then Canopy Growth walks away with a potential massive bargain. The reason being is that if Acreage continues to hit its operational milestones and experience growth, the company could be worth a whole lot more than $3.4 billion over a longer timeframe.

While the deal looks enticing for Canopy, Acreage shareholders could be left out in the cold if the U.S. government continues its current cannabis position and the overall value of Acreage continues to grow.

For example, let’s say the U.S. legalizes cannabis in three years (2022) and over that time period, as the global cannabis markets matured, Acreage found itself at a valuation greater than the $3.4 billion deal with Canopy. Shareholders would still be on the hook for selling Acreage at the price and arrangement that was just recently made with Canopy. Any market cap amount exceeding $3.4 billion for Acreage at the time of a Canopy takeover would essentially equate to “chips left on the table.” Needless to say, Acreage Holdings is pulling for the swift lifting of outdated U.S. cannabis laws. 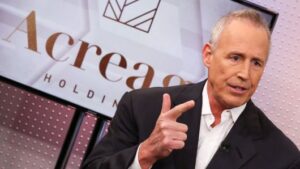 Judging by the departure of Acreage President George Allen upon the announcement of the Canopy deal, it doesn’t sound like everyone was onboard with the agreement. While there is no definitive reasoning or answer, Mr. Allen’s departure could be seen as a potential disagreement surrounding selling the acquisition rights too early.

The early market reaction seemed to agree, as Canopy Growth jumped nearly 4% on the NYSE, while Acreage shares sagged 0.62% on the CSE, during trading on April 18, 2019. Typically, in an acquisition announcement, the acquiring company traditionally sees a down day, while the company being acquired sees a pop in the share price. With that said, the transaction still requires shareholder, exchange and court approvals in order to move forward.

Entering the United States is a major goal for Canadian cannabis companies, as legalization would open the flood-gates on a massive legal cannabis market. Canopy Growth is already considered to be one of the top global cannabis companies out there and this ground-breaking deal with Acreage shows they will be ready to go once the government finally changes the laws.

Furthermore, the carefully constructed deal could potentially spur further consolidation in similarly-constructed cross-border cannabis deals. Canopy just provided the industry with a great blueprint on how the process could unfold while waiting for further regulatory changes. It certainly would not be surprising to hear the likes of Aurora Cannabis, Inc. (NYSE: ACB) (TSX: ACB), Aphria, Inc. (NYSE: APHA) (TSX: APHA), Cronos Group, Inc. (NASDAQ: CRON) (TSX: CRON), and others making similar announcements over the next many months.

Overall, the cannabis industry continues to find ways to make progress, despite early growing pains. Canopy Growth continues be a key pioneer and global leader in the emerging legal cannabis industry. Time will tell whether or not Acreage “left chips on the table,” but it is hard not imaging the potential combined entity’s international prowess in the cannabis market. Other cannabis companies could jump on the bandwagon and engage in similar dealings in order to boost their future U.S. operations once legalization officially sweeps through the nation.