As cannabis legalization slowly continues to make its way through the United States and the rest of the world, cannabis stocks have continued to grow in demand. However, a surge in new cannabis companies looking to capitalize on the new “green rush” led to far too much saturation within the industry. This has led to an industry-wide slowdown, as the market sifts through the survivors and the zombie companies.

This increase in interest for cannabis stocks and cannabis legalization has apparently sparked increased interest in another area of experimental medicine: psychedelics.

This increased interest began in 2018 when the FDA granted Breakthrough Therapy Designation (BTD) to Compass Pathways for its use of psilocybin in treating depression. This designation was also later given to Usona Institute for psilocybin therapy. 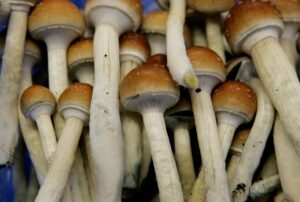 Source: The Globe and Mail

Following these designations, a number of cities, such as Denver and Oakland, have decriminalized magic mushrooms (psilocybin) with several other cities considering implementing similar measures.

As the therapeutic potential of psychedelics becomes more apparent, states and organizations are becoming more open-minded towards them.

In addition to the variety of private companies operating in this sector, there are several publicly traded companies working with psychedelic medicines.

Mind Medicine, Inc. (NEO: MMED) is one such company and is the first psychedelics pharmaceutical firm to go public. Investor Kevin O’Leary, from “Shark Tank,” and Bruce Linton, former CEO of Canopy Growth (NYSE: CGC) (TSX: WEED), are two of the company’s backers and helped the company go public in early 2020 on the Canadian NEO exchange

Ehave, Inc. (OTC Pink: EHVVF) is another company making its way into the psychedelic space. The company recently announced plans to acquire PsychedeliTech, which Ehave hopes will be a leader in the research of psychedelics for the treatment of mental health disorders.

Revive Therapeutics (CSE: RVV), Wuhan General Group, Inc. (OTC Pink: WUHN), and Champignon Brands, Inc. (CSE: SHRM) are a few of the many other companies attempting to be a part of the early stages of psychedelic medicine.

There are also a number of companies considering going public in the wake of this renewed interest in psychedelics.

Compass Pathways is one of these companies. There have been many reports that one of Compass’ backers, Atai Life Sciences, has spoken to several financial institutions about a potential Compass IPO.

Moreover, Canada-based Field Trip Ventures, which funds research into psychedelic medicine, is considering an IPO. However, it is likely that the company will remain private for some time.

Are Psychedelics a Better Bet than Cannabis?

Of course, psychedelic medicine is still in the very early stages of research and development. While there is a significant amount of upside potential, it can be very risky to jump in early as there will no doubt be a number of obstacles that this industry will have to face going forward. Investors should also be weary of too much saturation and lofty valuations in the emerging psychedelic market. Remember the lessons taught by the cannabis stock boom and subsequent bust.

Still, any medicine that is approved to treat common mental health disorders like depression will have incredible growth potential — perhaps even more so than cannabis.

The post Psychedelic Medicine Stocks are on the Rise appeared first on Spotlight Growth.