On Friday, October 5th, Aurora Cannabis, Inc. (TSX: ACB) (OTCQX: ACBFF) disclosed plans to uplist to a major stock exchange within the United States. The company noted a Form 40-F filing that it is registered with the New York Stock Exchange (NYSE). While there is strong belief that the uplisting could occur in October, no official details have been released yet as to official timing or even stock symbol.

While Aurora Cannabis, Canopy Growth, and Cronos Group have been tradable for years on OTC Markets, listing on a major exchange essentially “opens the floodgates” for increased investor interest and participation. Most importantly, listing on major U.S. exchanges allows institutional investors and traders to get more involved. The listing process takes time, money, and requires passing a strict review process. However, it is a gamechanger for Canadian cannabis companies seeking to tap into U.S. investors, who seem to have a strong appetite for marijuana stocks right now (see Tilray).

As Aurora Cannabis looks to join the NYSE, here are four other Canadian cannabis companies that could be looking to list on a major U.S. exchange:

On October 2, 2018, Aleafia Health announced that it had applied to list on the NASDAQ. At the time of the release, management noted that “intends to submit a Form 40-F…to the Securities and Exchange Commission (SEC) later this week.”

Barring any unforeseen issues, it appears likely that Aleafia Health could be trading on the NASDAQ before the end of 2018. However, the application still has to be reviewed and approved by the NASDAQ and the SEC. Further updates will be likely available in the coming weeks/months.

While Aphria, Inc. (TSX: APH) (OTCQB: APHQF) has made no official announcements yet, recent moves by the company have the cannabis investment community abuzz about the prospect of another Canadian marijuana major joining a top tier U.S. exchange.

In early September 2018, Aphria announced that it had completely divested all of its U.S. assets and securities after selling off remaining holdings of Liberty Health Sciences, Inc. (CSE: LHS) (OTCQX: LHSIF). Shortly after announcing the U.S. asset divestment, Aphria also announced the resignation of an internal director and the appointment of John Herhalt, to serve as an independent director. Mr. Herhalt is a retired partner from KMPG and has a strong background in audit and advisory services.

These two moves are key pieces of evidence that Aphria could be positioning for a U.S. uplisting. Under current laws and guidelines, international cannabis companies cannot list on the NYSE or NASDAQ if they hold U.S. cannabis assets. This is due to the fact that the U.S. government holds marijuana as a Schedule 1 illegal substance. Furthermore, it is a NASDAQ listing requirement to have an independent director.

The Green Organic Dutchman Holdings, Ltd. (TSX: TGOD) (OTCQX: TGODF) has been the topic of many rumors and speculation throughout the last several months. However, the most concrete sign the company is working on a major U.S. listing was with the appointment of Tim Seymour to its Advisory Board.

Tim Seymour is well-known for his regular appearances on CNBC programs, such as “Fast Money.” Seymour is also founder and Chief Investment Officer of Seymour Asset Management, an asset and wealth management company. 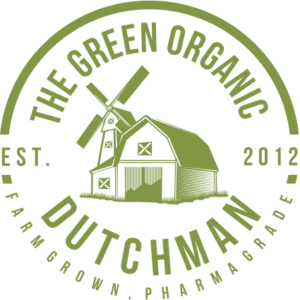 When Green Organic Dutchman Holdings made the announcement on September 24th, they specifically noted in their release the following key details:

“Mr. Seymour will advise TGOD on global finance strategies, including a US listing, and broaden relationships with institutional investors, hedge funds, family offices, and high net worth individuals.”

This shows the company is actively pursuing resources to help get everything ready for a major U.S. listing. The Green Organic Dutchman also has a strong, strategic relationship with Aurora Cannabis, which has invested “C$78.1 million for a 20% off-take agreement on Canadian [cannabis] production.”

As of October 5, 2018, HEXO Corp. and Molson Coors Brewing introduced the joint venture, Truss. Truss is being led by Molson Coors executive, Brett Vye, and will have a total of five board members (3 from Coors, 2 from HEXO).

A key piece of evidence that suggests a U.S. uplisting could be on the horizon comes from Riposte Capital, an activist investment firm. Riposte Capital issued a press release on September 6, 2018 essentially aimed at HEXO Corp. and its leadership to take action and build shareholder value.

The activist investor noted that “despite enviable assets, contracts and strong balance sheet, HEXO Corp. trades at [a] deep discount.” Furthermore, the institutional investor noted that the “stock suffers from poor research coverage and investor awareness, a late listing to the TSX, no U.S. listing, and an investor relations effort that needs improvement.”

This shows that activist investors could help push management to seek greater investor outreach and awareness through an uplisting to a major U.S. exchange. This is in addition to a greater investor awareness and relations outreach.

Disclaimer: The author and Spotlight Growth have no positions in any of the stocks mentioned in this article, as of this writing. Nor does either party currently have any relationship, or any other conflicts of interest, with any of the companies mentioned in this article, as of this writing. This content is meant for informational and entertainment purposes only and should not be meant as a recommendation to buy or sell any securities. Please visit a licensed financial representative to determine what investments are right for you.

The post With Aurora Cannabis, Inc. (TSX: ACB) (OTCQX: ACBFF) Heading to NYSE, Here Are 4 Other Canadian Cannabis Companies That Could Be Next To Uplist appeared first on Spotlight Growth.